About WATCH YOUR TONGUE™

One spoken word can change your life forever!  As found in the Word of God illustrated in the following passages and others throughout the Bible.

John was born in Hugo, Oklahoma on June 11, 1939, but actually lived in a small community called Grant, Okla. just a stone’s throw across the Red River from Paris, Texas.

By age 26 John was experiencing a call from God to enter the Ministry, which led him to Dallas Bible College where he graduated in 1972 with a Bachelor of Art and a Bachelor of Theology degrees. God continued to lead John to Midwestern Baptist Theological Seminary where he graduated in 1976 with a Master of Divinity, and in 1978 John graduated from Luther Rice Seminary with a Doctorate of Ministry Degree preparing him for a long tenure in working with people. Dr. Cooper has served as pastor to Churches in Texas, Oklahoma, and Louisiana. Later God brought him back to Sulphur Springs.

John has had another vocation through the years as well. He has worked in the engineering and surveying fields in theFamily private sector, in the municipal sector, and in TXDOT. And currently a small businessman as a Registered Professional Land Surveyor in Texas and the President of Cooper Land Surveying Inc.

John is highly involved in the community. He is a past Lieutenant Governor of the Texas Oklahoma District, Division 32 of Kiwanis. He is a Past President, and currently chairman of the project committee for the Sulphur Springs Golden “K” Kiwanis Club. He is also a Lifetime member of both the Texas Oklahoma District of Kiwanis and Kiwanis International. He also serves as Chairman of the Construction Board of Adjustments for the City of Sulphur Springs.

He and his wife Billie have been married for 25 years and together they have 5 children, 10 grand children, and 8 great grandchildren. 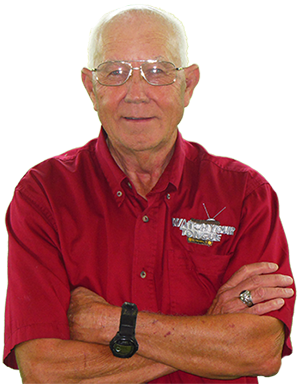 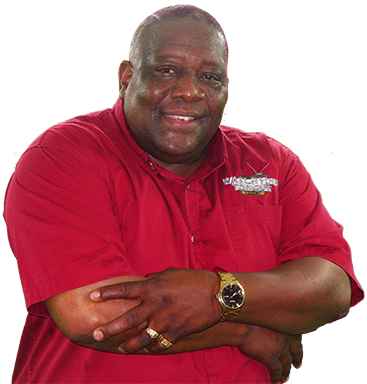 Joe Joseph is regularly featured on The History Channel (most recently on America’s Book of Secrets), The Alex Jones Show, Russia Today and various other mainstream outlets as an expert consultant. You can listen to Joe on AM and FM in Oregon, Colorado and California. Joe is a Department of Defense Civil Servant responsible for proposing ideas and plans for reducing government spending and waste in his field. He regularly faces down government bureaucracy and brings truth to not only his audience, but his co-workers too. Joe Joseph is not afraid to speak out against government tyranny and has been breaking down news, current events and pointing out the problems of big government since 2008 on terrestrial and internet radio. Joe breaks down the news of the day, 3 days a week, and has no fear or reservations about telling it how it is! Joe’s understanding is still imperfect and growing, but there’s no a doubt in my mind that we are engaged in Holy War against a government, against a system, that is, at bottom (or more properly, at the very top), ungodly and arguably Luceferian. Joe is a watchman and a witness. It is not merely Joe’s duty to expose this ungodly system, it is his honor and privilege, his blessing and calling. Praise our Father YHWH Elohiym and his only begotten son Yeshua Messiah!

WATCH YOUR TONGUE™ Ministries is dedicated to teaching both the believers and non believers about what God has in store for them. We want to teach about the actions and lessons of the tongue and it's relationship to the salvation experience. We are dedicated to teaching people about the true blessing that come from the salvation experience. There are many things that happen to a person at the instance of their salvation. We are dedicated to teaching both the believer and the unbeliever the truth of the rewards and gifts of the Holy Spirit. More About WATCH YOUR TONGUE Ministries
HOURS Monday - Thursday | 10 AM - 7 PM Friday | 12 PM - Midnight Saturday | 12 PM - Midnight Sunday | Closed OPEN 24/7 - watchyourtongue.tv/shop
PHONE 1.903.439.1218 ADDRESS WATCH YOUR TONGUE Ministries, Inc. P.O. Box 367 Sulphur Springs, Texas 75483

Toggle the Widgetbar
×
Item Added to your Cart!
Continue Shopping